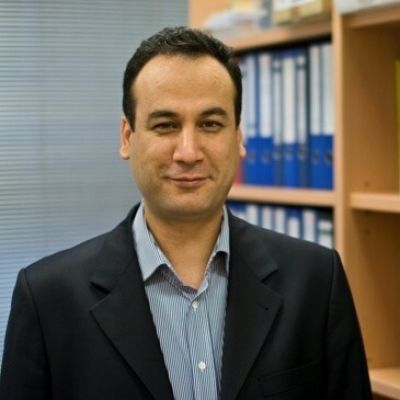 Prof. Ünel received his B.S. in EE and M.S. in Systems and Control, both from Bogazici University in 1994 and 1996. He received a second M.S. degree in Applied Mathematics and his Ph.D. in Electrical Sciences and Computer Engineering from Brown University (USA) in 1998 and 1999. He was a postdoctoral fellow in the Center for Computational Vision and Control at Yale University from 1999 to 2001 where he was involved in several DARPA and NSF funded projects. He then returned to Turkey and joined the Department of Computer Engineering at Gebze Institute of Technology as an Assistant Professor in 2001. During 2001-2004, he taught many undergraduate and graduate courses on computer vision, control, robotics, graphics and mathematics at several state and private universities including Bogazici, Sabanci and Yeditepe Universities on a part-time basis. He then joined the Faculty of Engineering and Natural Sciences at Sabanci University as a full-time faculty member in September 2004. Dr. Unel became an Associate Professor in 2005 and a Full Professor in 2011.

Prof. Unel's primary research interests are in computational vision, control and robotics. In vision area, he is interested in 2D/3D shape modeling, object recognition, visual tracking, structure from motion, image registration and mosaicing, and multi-camera surveillance systems. His control interests include modeling and estimation of dynamical systems, and analysis and synthesis of linear and nonlinear multivariable control systems. In robotics, he is conducting research on industrial robots, robotic manufacturing, AI, environment perception, sensor/data fusion, visual servoing, unmanned aerial vehicles (UAV) and micromanipulation. Prof. Unel has published more than 100 technical papers in international journals and conferences. He has been involved in several R&D projects funded by TUBITAK, Ministry of Development, Ministry of Energy, and Ford Otosan. He has supervised 36 graduate students on various topics in control, vision and robotics. He was one of the recipients of the Elginkan Foundation Technology Award in 2015. He is a member of IEEE and served as an Associate Editor for International Journal of Mechatronics and Manufacturing Systems during 2015-2018.